While the Wuhan coronavirus keeps spreading within the United States, health officials are trying to rush testing capabilities across the country.

Right now, the Centers for Disease Control and Prevention in Atlanta is the only place in the United States that can confirm whether a patient has the virus, which has killed more than 420 people and infected more than 17,000 in China.
Around the world, more than 170 confirmed cases have been reported in more than 20 countries. 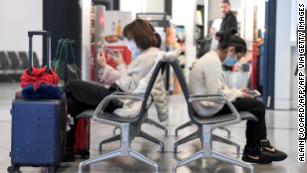 Everything travelers need to know about Wuhan coronavirus
CDC officials said they’re trying to expedite the “emergency use authorization” for tests so more parts of the United States can test for and diagnose the Wuhan coronavirus.
“The process is extremely expedited, and our colleagues at (the US Food and Drug Administration) have been working with us closely ever since we made the plan that we were going to do this in this way,” said Dr. Nancy Messonnier, director of the CDC’s National Center for Immunization and Respiratory Diseases.
Her comments Monday came a day after officials confirmed three new cases of infection in California. That bringsthe state’s total to six cases and the nationwide total to 11.
On Sunday officials said a San Benito County man who had recently returned from Wuhan, China, and his wife have the virus. Both were isolating themselves in their home.
The man arrived at San Francisco International Airport on January 24 and was screened and found to be healthy and asymptomatic, said Dr. Martin Fenstersheib, the county’s interim public health officer. 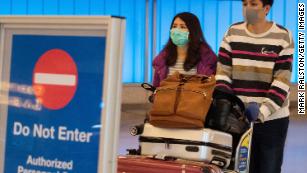 As coronavirus spreads, TSA issues new directive for anyone entering the US from China
But the next day, the man developed symptoms including a cough and low-grade fever, Fenstersheib said. A few days later, his wife began showing symptoms as well. The couple had stayed at home since the husband’s arrival, Fenstersheib said.
But on Monday the couple was transported from San Benito County to an undisclosed hospital in San Francisco, said Rachael Kagan, a spokeswoman for the San Francisco Department of Public Health.
Also Sunday, officials confirmed a woman who recently traveled from Wuhan to Santa Clara County also has the virus. The woman’s case is the second in Santa Clara County, though officials said the cases are unrelated.
Elsewhere in California, Orange and Los Angeles counties each have had one confirmed case.
The World Health Organization (WHO) declared the outbreak a public health emergency of international concern last week. A number of countries — including the United States — started evacuating their nationals on flights from Wuhan, the capital of Hubei province in China where the virus was first detected. 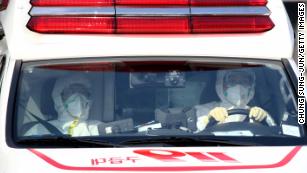 This is where coronavirus cases have been confirmed worldwide
The United States issued a level 4 travel advisory warning residents not to travel to China,adding that most commercial air carriers have reduced or suspended flights to and from the country.
A spokeswoman for China’s Foreign Ministry accused the US government Monday of responding inappropriately to the outbreak and feeding mass hysteria.
“Most countries appreciate and support China’s efforts to fight against the novel coronavirus, and we understand and respect them when they adopt or enhance quarantine measures at border entry,” Foreign Ministry spokeswoman Hua Chunying said.
“But in the meantime, some countries, the US in particular, have inappropriately overreacted, which certainly runs counter to WHO advice.”

Not everyone who has the virus went to China

The San Benito couple’s diagnosis is the second person-to-person transmission of the virus reported in the United States. 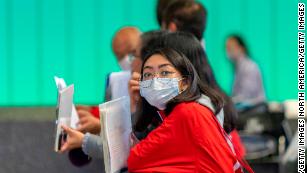 China’s coronavirus death toll overtakes SARS
In Chicago, a woman in her 60s was diagnosed after she returned from Wuhan on January 13. She is in a hospital and doing “quite well,” her doctors said.
The CDC said the Chicago woman had transmitted the virus to her husband, who had not traveled to China. But he was in close contact with his wife during a long period of time when she was symptomatic, the Illinois Department of Public Health said.
Other US cases of Wuhan coronavirus include a student at the Boston campus of the University of Massachusetts.
In Arizona, officials said, an “adult member” of the Arizona State University community was infected. And in Washington state, a man in his 30s sought treatment after returning from Wuhan.

More US citizens are about to be evacuated

US Secretary of State Mike Pompeo on Monday said the United States will send additional flights to China to evacuate Americans from Hubei Province. 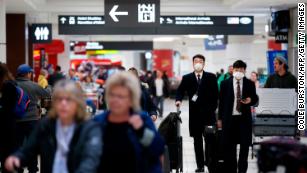 What we know about the coronavirus cases in the US
“The exact timing of those we are still coordinating with the Chinese government but we anticipate that they will happen in the next handful of days … we’ll return those American citizens,” Pompeo said.
“We may well end up bringing some citizens back from other countries as well. We’re working through the details on that.”
That announcement came after Health and Human Services Secretary Alex Azar declared the coronavirus a public health emergency in the United States.
He said American citizens who were in Hubei Province in the past two weeks “will be subject to up to 14 days of mandatory quarantine.”
The CDC ordered a federal 14-day quarantine for those passengers — the first such order in more than half a century.

Covid-19 vaccines found to be effective against superspreading coronavirus