Mark Zuckerberg sent a message to the public on Wednesday: Facebook is fine doing things that are unpopular, as long as people understand why.

Facebook has come under scrutiny over its political advertising policies, as fellow social media platform Twitter decided to ban political ads.
“One critique of our approach for much of the last decade was that because we wanted to be liked, we didn’t always communicate our views as clearly because we were worried about offending people,” Zuckerberg said on a call with analysts.
He said his goal for the next decade “isn’t to be liked, but to be understood.” That’s because in order to be trusted, “people need to know where you stand,” Zuckerberg said.
The comment comes as Facebook stakes out positions that frustrate people on both sides of the political aisle, including allowing politicians to lie in ads on the platform and doubling down on encryption.
On Wednesday, Facebook also said that it ended 2019 with 2.5 billion monthly users worldwide, an increase of 8% from the year prior, even as the company has continued to face public scrutiny and criticism. 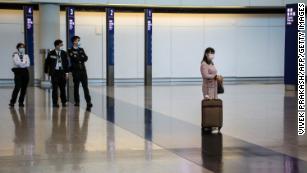 Facebook and Google among companies banning China travel after outbreak
The company reported revenue of about $21 billion during the final three months of 2019, a 25% increase from the same period a year earlier. Facebook posted a $7.3 billion profit, representing single-digit percentage growth for the business.
“Despite all of the concerns that have been swirling around the company in the past two years, it beat expectations on revenue, and it demonstrated continued growth in its user base,” Debra Aho Williamson, a principal analyst at eMarketer, said in a statement after the earnings results on Wednesday. “This is a company that has shown that it can withstand ongoing criticism of its practices and yet still pull out gains in both revenue and users.”
Still, Facebook (FB) stock dipped 7% after the earnings results, perhaps hinting at outsized expectations for a company whose stock has been trading at all-time highs.
Facebook’s revenue growth continues to slow, down from a 30% year-over-year increase in the same quarter a year ago and a 47% growth rate two years ago.
That may only put more pressure on Facebook to prove to investors it can make more money from its other platforms, including Instagram and WhatsApp. The latter may prove to be a challenge: Facebook has reportedly walked back plans to sell ads on WhatsApp.
Across its suite of apps, which includes Instagram and WhatsApp, Facebook reported having 2.89 billion monthly active users, an increase of 9% over last year. The company notably does not break out revenue numbers for its subsidiaries.
Facebook also continues to face heightened antitrust scrutiny from lawmakers and concerns over how it handles user data.
Last year, the Federal Trade Commission announced a $5 billion settlement with Facebook to resolve a sweeping investigation by regulators into how the tech giant lost control over users’ personal data. It’s the largest fine in FTC history.
In October 2019, the New York attorney general announced that 47 state attorneys general are investigating Facebook for evidence of anticompetitive practices.

From Scarborough to Hollywood and back: 2 star brothers promote homegrown...

The universe may be 2 billion years younger than we think

An ‘unprecedented’ storm is hitting the West as another continues to...

Victoria Beckham Reveals Her Concerns About Marriage to David Beckham

General Motors is killing off the Holden brand and pulling out...