The European Parliament on Wednesday voted to punish Hungary for cracking down on democratic institutions, setting off a process that could ultimately lead to the suspension of the country’s voting rights in the European Union.

It is the first time that the parliament has launched the EU disciplinary process against a member state, known as Article 7, and it exposes the deep unease in parts of Europe about the policies pursued by Hungary’s hardline prime minister, Viktor Orbán.
The vote comes nine months after the European Commission used its power to launch the same process against Poland. The rarely invoked process is designed to prevent member states from breaching the EU’s “core values.” 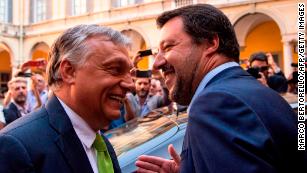 Wednesday’s vote in Strasbourg, France, followed a report from Dutch Green member of the European Parliament Judith Sargentini that raised concerns about Hungary’s erosion of democracy in recent years, including crackdowns on migrants, the media and academic institutions.
After the vote, Sargentini thanked her colleagues for standing “for the protection of democracy and the rule of law, above their interest in party politics.”
The vote was passed 448-197 with 48 abstentions, giving it the crucial two-thirds majority needed.
But in a text message sent to CNN, Hungary’s government spokesman Zoltan Kovacs called the results into question, “Clearly: less than two-thirds voted yes under the treaty. Pro-migration political representatives are so desperate to punish us for our stance that they even violate the rule of law.”
“The whol(e) procedure is not simply a witch hunt and shameful for the EP(P) — but a FRAUD,” he added.
Since Orbán’s populist right-wing Fidesz Party swept into power in 2010, and most recently won a landslide victory again in April this year, it has come under increasing fire from the EU over its hardline policies.
They include the government’s “Stop Soros” law, named after Hungarian-American billionaire philanthropist George Soros and introduced in June, which banned nongovernmental organizations from assisting migrants. 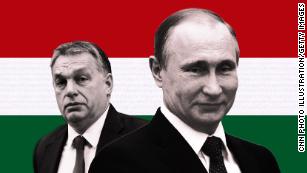 Until now, Orbán has largely been shielded from any EU disciplinary action by his fellow European People’s Party (EPP) members in the European Parliament.
But after a fiery speech by Orbán at a debate in Strasbourg on Tuesday in which he called the commission’s report into Hungary’s policies “blackmail,” it appeared that patience was wearing thin among EPP members.
In an unexpected move, another anti-migrant leader, Austrian Chancellor Sebastian Kurz, said on Tuesday that his party’s five European lawmakers would vote against Hungary.
In a party meeting with EPP members on Tuesday evening, Maltese MEP Roberta Metsola told CNN that Orbán was defiant.
“Prime Minister Orbán was uncompromising,” said Metsola. “His reaction was an eye-opener for a number of MEPs who had previously remained silent in his regard. They stood up to say ‘No, we won’t tolerate this any more.'”
The Article 7 process is protracted, and no member state has ever been subjected to its ultimate sanction — the suspension of voting rights. This “nuclear option” would require the approval of all EU member states apart from the accused country, and it seems unlikely that Hungary or ally Poland — under fire for its overhaul of the judicial system — would support such a measure against the other.
In the ideological battles between European leaders, most notably over migration, Hungary has also made common cause with Italy. At a meeting with Orbán last month, Italian Interior Minister Matteo Salvini declared that the anti-migrant leaders were “walking the same path,” as opposed to the pro-migrant policies of French President Emmanuel Macron. 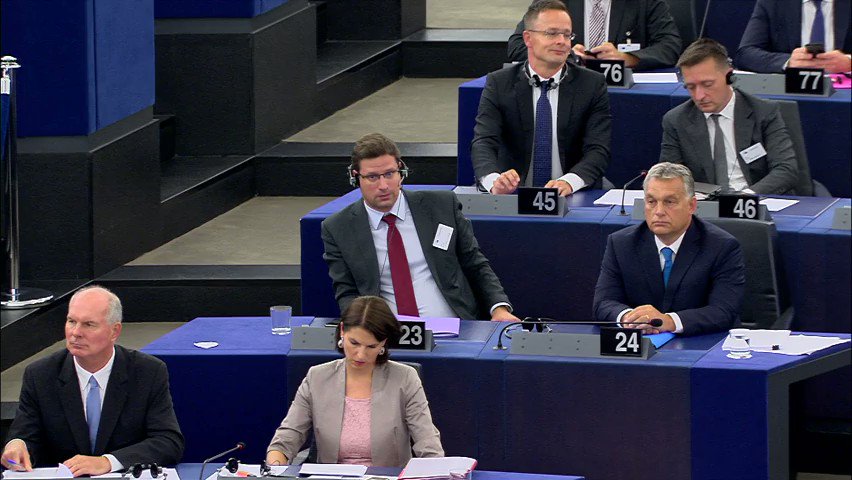 Orbán’s speech on Tuesday drew a strong riposte from EU officials. The vice president of the European Commission, Frans Timmermans, hit back at Orbán’s accusations, tweeting: “To say that criticizing your government is a criticism of a nation or a people is the coward’s way out Mr Orban. Don’t try to deflect attention. If you make these laws then stand for them and we will debate them.”

This woman’s tweet about leaving the Marine Corps shows the challenges...